Overview of the framework (6 Ps of Experience Design) 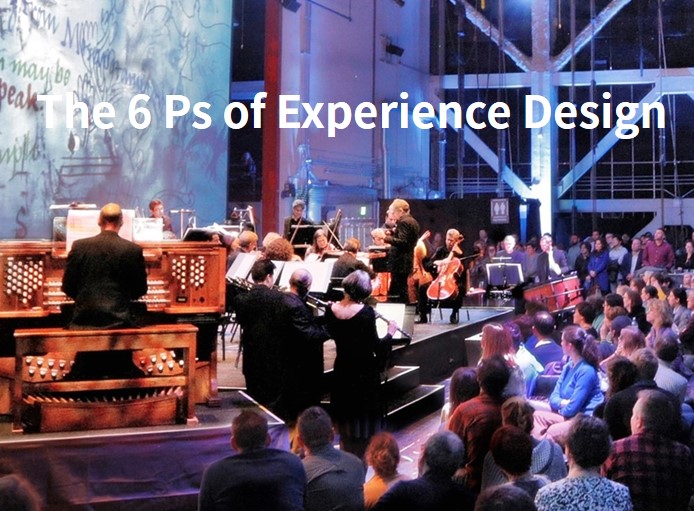 This is the second in a series of posts about our new framework for cultural engagement, The 6 Ps of Experience Design. You may want to read the introduction before continuing here.

Can we create deeper, broader engagement by thinking like our communities and audiences? Yes, but that means cutting across our own silos and working holistically.

In our research, we’ve learned that audiences tend to experience arts performances, museum exhibitions, science festivals, and other cultural activities in terms of six key elements. There’s the programming itself, which is big but isn’t everything. We’ll come back to that in a moment. Then, since culture is fundamentally a human, social enterprise, there are the people involved — meaning both the people who work at the cultural organization and those who show up for the experience. And of course there’s place, meaning the venue and its location, configuration, and vibe.

There are also policies, explicit and implicit, that govern behavior and participation in the cultural experience and even frame its meaning and value. One of the key policies is price.

So far we’re talking about the what, the who, the where, and the how, right? Together, those four elements play a huge part in determining the success of a cultural offering and who feels drawn to attend, able to attend, and welcome when they get there. 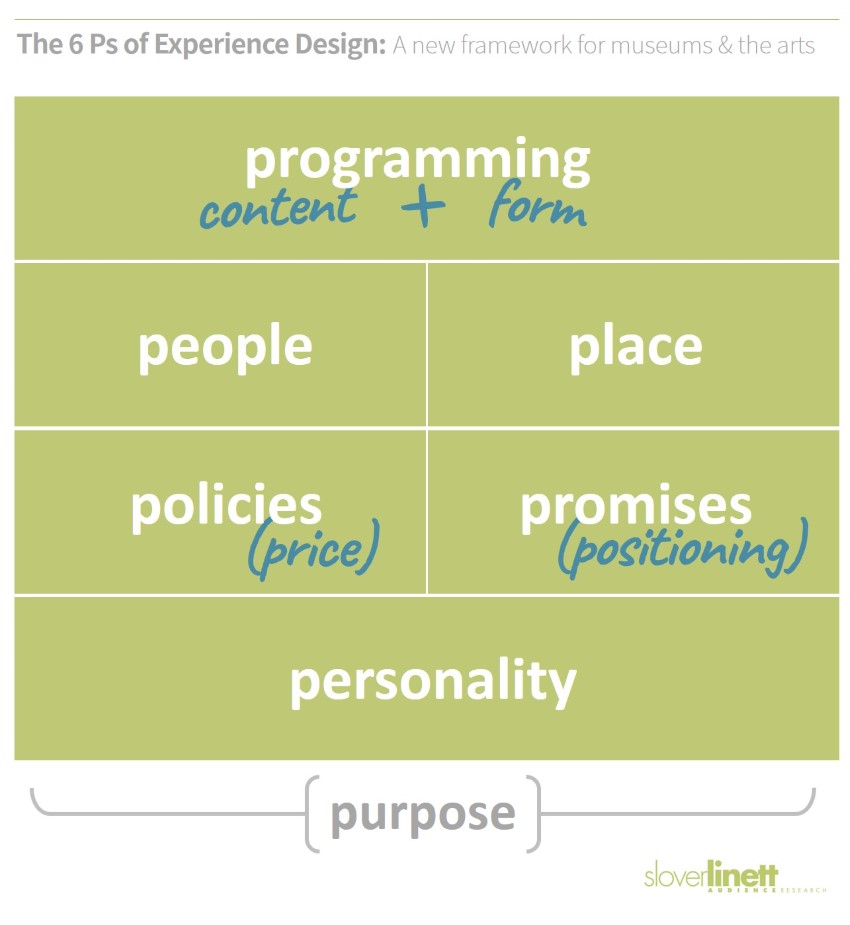 Speaking of feeling drawn, the fifth P is about how the cultural experience is framed and communicated to potential participants: the promises that are made about it in marketing messages, word-of-mouth, and social media. This is often called positioning (conveniently another “P”), though it’s not fully under the control of the cultural organization.

And underlying them all is personality, the least-discussed but perhaps most important element. It’s the human sensibility, tone, “voice,” and spirit that determine how the experience feels and who can (and can’t) relate to it — and to the organization behind it.

That’s six. But there’s one more you can think of as optional or emerging: the purpose of the cultural experience. This is the why, and these days it’s often about social change, political engagement, environmental awareness, or other values.

Those Ps are all knobs on the “mixing board” that you and your colleagues can adjust as you create your cultural experiences, whether that’s a single program or a brand new cultural facility. The trick is to be conscious and intentional about each one; ignoring them won’t make them go away. For instance, even if you don’t think about the role your people play in shaping the experience, they’re still playing some role, for better or worse. The idea is to make strategic, creative use of this element, so it’s an asset that contributes to a unique, compelling whole.

There’s much more to say about each of the Ps, starting with a modest proposal to redefine “programming”…

In the coming weeks, we’ll share a pdf one-pager of the framework that you can hand to your boss (or board chair) and pin up next to your monitor. We’ll also post a few exercises & prompts to help you and your team make use of the 6 Ps in strategic, generative ways. So stay tuned (and be sure we have your email address).

Meanwhile, you can start using the framework today to reshape how you talk and work with your colleagues and your community. It can help you: