We engineered exclusion. We can engineer its opposite. 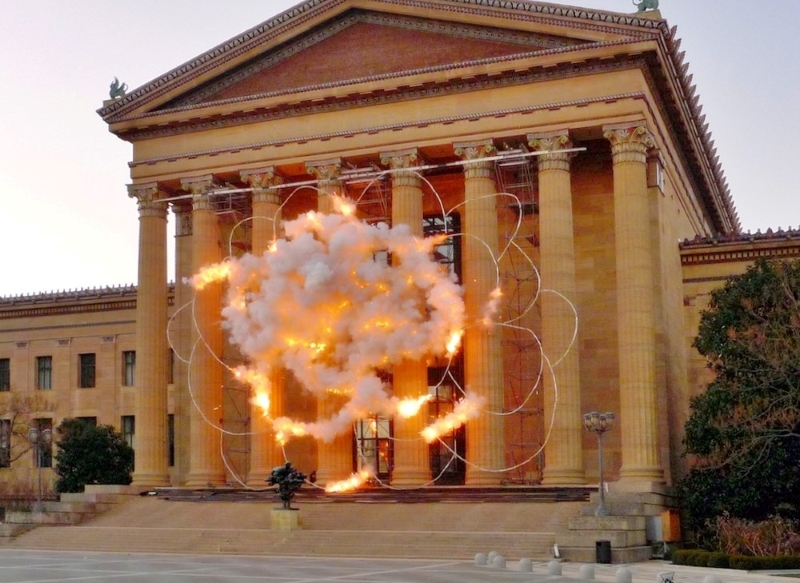 In engineering circles, there’s a famous, possibly apocryphal story about a course at MIT that used to begin the same way every year. The professor shows a photo of an improbably long bridge and asks the students why the structure stands instead of falling into the waves below. Student after student offers technical or theoretical explanations. Wind forces. Material properties. Equations. The professor is unsatisfied, until finally a student at the back raises her hand.

“Because it was designed to?”

There’s a ripple of laughter at her naivete. But the professor is nodding. Now the learning can begin.

I’ve thought of that story often since George Floyd was murdered. Why do most museums and arts institutions in the U.S. nonprofit cultural sector attract disproportionately white, educated audiences?

Because they were designed to.

Why, despite decades of dialogue and reflection among practitioners and ever-increasing programming, funding, and “outreach” meant to engage broader communities, are the people in our concert halls, art museums, dance venues, public radio audiences, national parks, regional theaters, science museums, and other cultural spaces so intractably, embarrassingly white?

Because they were designed that way. In retrospect, that’s the lesson we need to remember right now from the work of cultural historians like Lawrence Levine and sociologists like Pierre Bourdieu. Those spaces and institutions were founded on principles that had to do with discrimination: of cultural taste, but also of class, status, power, and, as we would say now, privilege. All of which cleaved along racial lines in this country.

This is different from the point being made lately on Museum Twitter and by arts activists: that the governance, leadership, and financial structures of these organizations need to be fundamentally rethought if we ever want to have real equity, and ditto the decision-making processes that determine which artists, performers, creators, voices, bodies, identities, etc. are platformed.

All true, and that work will be hard enough. But it won’t be sufficient. Because it’s not just the structure, processes, and people in the organization that determine who feels like they belong in the place. And it’s not just the “content,” the who or what’s on stage or on display. It’s deeper: the very form of the cultural experience.

Putting objects on a wall or in a vitrine for veneration or study? That’s a European-descended cultural form we call a “museum.”

Sitting still in an impressive, purpose-built facility for music or dance? Reading your program and clapping at the right time? That’s a European cultural structure.

Botanic gardens? Natural history museums? Same. And when it comes to “classical” music, opera, and ballet, both the content and the form are deeply, explicitly European.

You get the idea. These ideas about how culture works come from a particular time and place. They’re not universal or eternal, and they weren’t intended to be. In some sense, they were intended to be the opposite: exclusive markers of taste and class and other elite identities. What’s more, the cultural organizations founded in the U.S. in the late nineteenth century and during the twentieth century were exaggerations and calcifications of their European models, even more dedicated to class distinction (and sometimes to cultural assimilation, though it was called populism) than the Old World antecedents.

In case it needs to be said: “European” in all those sentences means white.

So why should we be surprised if African Americans, Indigenous people, and people of color have been less likely than whites to sense that these cultural forms and places are for them, by them, about them?

Of course, I’ve been talking here about institutional, formal arts and culture, which is only one corner of the full, living terrain of culture. Not going to the symphony doesn’t mean you don’t love music. Not feeling comfortable or happy in an art museum doesn’t mean you’re not creative or alert to visual experience. Everybody has culture, does culture, lives within culture. Our loss if we place less value on all that than we do on those institutional, nonprofit forms of culture.

But if you want those institutions and forms to play a real role in social justice and systemic change, or even if you just want them to connect with a more inclusive, representative range of people in their communities so they can stay relevant in a changing world, you have to first acknowledge where they came from and what they were designed to do. The story isn’t pretty — but what is, in an unvarnished American tale? And it may be the only way to engineer our way to something more organic, pluralistic, and inclusive.

I’ll be grappling with these questions more deeply in the coming weeks and reaching out to cultural historians working in this area. (If you’re one of them, or know a scholar who fits that description, please let me know.) Meanwhile, I welcome any thoughts or reactions.

Photo:  A pyrotechnic artwork by Cai Guo-Qiang in front of the Philadelphia Museum of Art in 2015, photo by Chris Storb.