Changing the Traditions at the Yale Peabody Museum 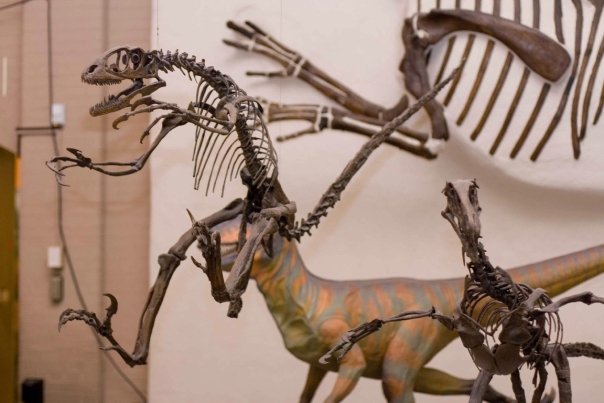 One year, as a freshman in high school, a new tradition started when a friend called my house on Thanksgiving day and asked if I wanted to go with him to the Peabody Museum of Natural History the next day. It was a curious request at the time – growing up and living near New Haven, the Peabody was a place I had been to many times, but as a younger child, mostly on field trips for school, and not on the short list for “early 2000s teenage hangouts.” But it was also these reasons that led me to say yes and start a new tradition – that every year of high school, and well into college, we would always go visit the Peabody Museum on the Friday after Thanksgiving.

Now, in line with the tradition, one of the most joyous parts for our trip every year was that as much change as we were experiencing in our teens and early 20s, the Peabody always stayed the same. From the Great Hall of Dinosaurs with its towering Brontosaurus centerpiece, room length Age of Reptiles Mural, and that one raptor skeleton suspended from the ceiling at the far end of the room (if you know you know). There was even a small exhibit by the elevators about where perfume comes from where you could lift a little brass cap on the wall and experience the musks of different animals (they all smelled exactly like brass), plus the hall of evolution where you would press a button to hear the teacher from Charlie Brown followed by some muffled primate noises. The lack of change was part of its novelty—this museum of natural history becoming, in time, a museum of natural history museums—so it was both understandable and a little heart-breaking to hear in 2018 about the major renovation project they’re undertaking to reinvent the museum.

But in addition to making updates to all of the physical spaces, recently the museum announced that, upon reopening in 2024, it would be free to visit forever. It was a wonderful piece of news to read and one that was shared on social media by many friends and family, although before I read the article, I had some skepticism.

My main concern was that the Peabody might stop here, pat themselves on the back and be happy that they had removed the financial barrier to entry. But I knew from previous research that free admission for museums does not necessarily engage new audiences in our own Culture and Community research we’ve found that “Being welcoming for all kinds of people” ranks higher than “Widely accessible prices and operating hours” in values most important to audiences (especially among Black / African American and Hispanic / Latinx audiences who make up over 60% of New Haven’s population). So, while free admission is a great start, more still needs to be done to make the museum truly accessible.

But my concerns were allayed as I read this quote from Peabody Museum director David Skelly explaining, “Free admission is a means, not the end. It’s a tool in a much larger effort toward becoming a more accessible and welcoming institution.”  He certainly seems to understand what the research has told us, and I look forward to the museum’s reopening in a couple of years and am excited to experience all the changes they are undertaking—and perhaps start some new traditions.

I’d love to hear about any similar traditions that others partake in – and how they may have evolved in recent years. Reach out!